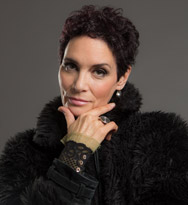 “Sweet Little Mystery,” the title track of Carrington MacDuffie’s upcoming album, will be released on Friday, 2/12/21. The song begins with a repeating and melodic keyboard pattern. When Carrington’s voice enters the song, it sets up the story about the beginning moments of a relationship. The subject of the song is someone who is initially being admired from a distance. The story is told in a dream-like way, through Carrington’s lyrics, as well as the mysterious, and at the same time, completely addictive melody. The “Sweet Little Mystery” is the questioning as to why a person that has fallen for someone is so mesmerized by them. It is so clever how Carrington’s lyrics compare this mystery to the many parts of the universe and nature in general (“I ask the snowfall. The bend in the river makes you think it’s gone, but it’s still rolling on”). Other analogies that are made in the song are to a shooting star, the weather and the sun. The lyrics are so interesting and poetic that it’s hard not to play the song over and over to get the full picture as to what is being said. The combination of Carrington’s vocals, her creative lyrics and the angelic melody that floats in the air upon hearing it, make this song an undeniable smash single. It’s a unique song that has the power to deeply touch anyone who has ever experienced love that was not easily explainable, but at the same time unimaginably desirable. Stay tuned for this single!! But, until it hits the airwaves, enjoy Carrington’s current single, “The Kiss I Didn’t Get Last Night.”
On January 28th of 2021, Dr. Music Associate Kevin Mikol had the pleasure of speaking with Singer/Songwriter Carrington MacDuffie by means of a video iterview. During their conversation, Carrington talks about how she orniginally discovered her passion for music, as well as how she came to formally pursue music as a career around the age of twenty. She eventually moved to Los Angeles to learn how the music business works. Carrington also talks about composing, and performing in her road band with her instrument of choice—an awesome custom made electric ukulele! In the process of moving to the West Coast to pursue her music, she also found herself living out another part of her destiny, in a separate career as a voice actor. Carrington has won awards for her work as a voice actor, having voiced countless audio books and even a few video game characters. She has the very special ability of switching between multiple characters in several of her audio book projects. Carrington is planning to release a new album in the middle of 2021 called “Sweet Little Mystery.” The title track is going to be released on February 12th. Featured on this album are a few songs that have been promoted in previous months, as well as 6 additional brand new tracks.
READ ORIGINAL INTERVIEW