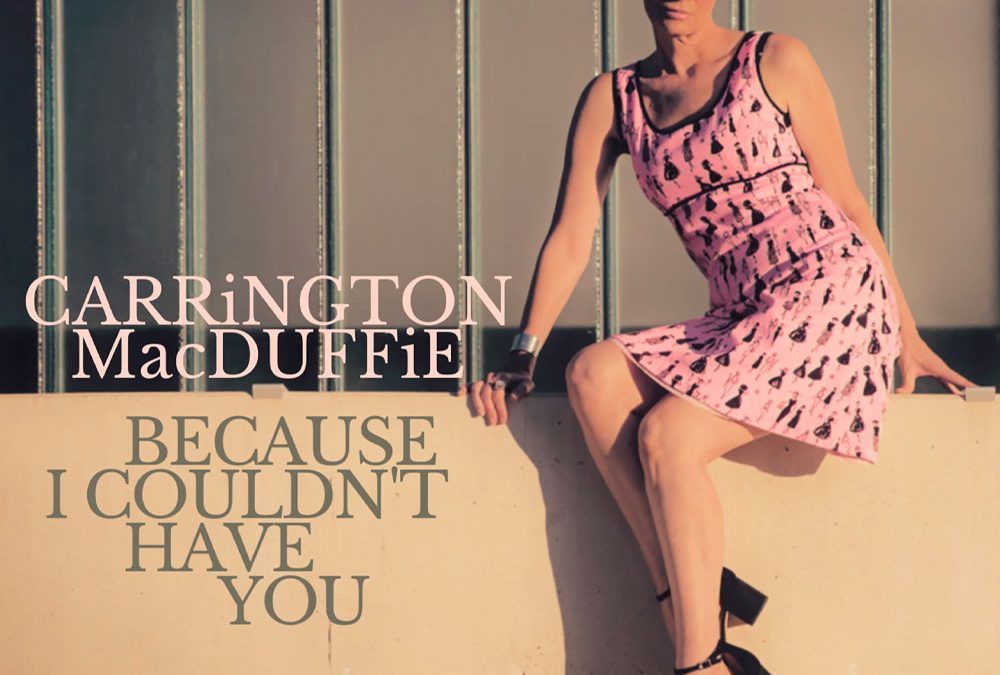 MacDuffie to release new EP Spring 2020 AUSTIN, Texas – Indie singer / songwriter Carrington MacDuffie releases “Because I Couldn’t Have You” as her latest single lyric video, the follow-up to her rollicking uptempo “Blue Christmas” single. On Valentine’s Day the “Because I Couldn’t Have You” lyric video was exclusively premiered through Guitar Girl Magazine. With a modern sound of electric rock and a hint of reggae, this is not a typical song that anyone would expect to hear on the day of love.

“The girl in this song isn’t getting her way, but she’s being resourceful in the face of adversity, with much levity and tremendous sex appeal,” says Carrington MacDuffie. “It’s a different’ slant on Valentine’s Day: even if she couldn’t have the one she wanted, she’s definitely got a date for Friday night.”

“Because I Didn’t Have You” is the first single off of MacDuffie’s forthcoming EP “I’m The One,” which will be released in the spring. With a fresh new outlook on music, Carrington has taken a bold step to remain unique in her musical style by mixing several genres into one unified sound. Carrington is 100% hands on from start to finish, from writing to producing, her creative touch shines bright, proving that just “Because I Couldn’t Have You,” doesn’t mean you quit trying.

About Carrington MacDuffie:
In life and in art, Carrington MacDuffie is an adventurer. A New York native who now splits her time between Austin and Seattle – after a decade beachside in Los Angeles – she travels the globe and joyfully explores diverse universes of thought and practice. Whether making music, writing poetry, voicing works of literature, piloting a fixed-wing airplane, or savoring the Zen-like concentration of target shooting, she is led by her passion for creativity, and her endless fascination with exploring both the world outside and her inner muses.

As a singer-songwriter, Carrington first released work in 2014. Her love for music was sparked in early childhood while listening to the records that her dad, a huge music aficionado, was spinning — Teddy Wilson, Beethoven, Herb Alpert, Hudson River folk, Scottish marches, Bob Dylan, classic rock, and the Beatles, among many other artists and genres. Those far-reaching influences weave through her entire body of work, and stand out in her newest singles and her most recent LP Kiss Make Better.# # #
Suggested Tweet:
.@CarringtonMacD releases “Because I Couldn’t Have You” just in time for #ValentinesDay with premier via @GuitarGirlMag. Listen/Stream/Buy at ingroov.es/because-i-couldnt-have