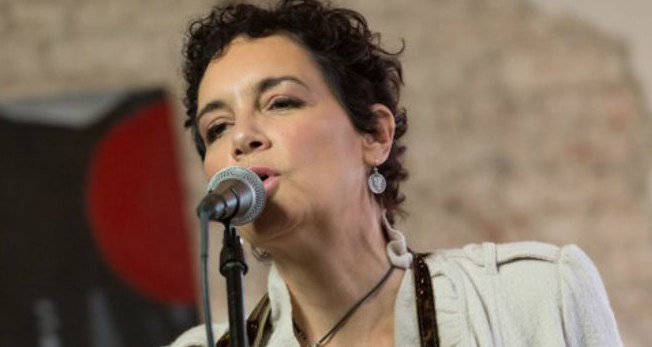 Recording artist Carrington MacDuffie chatted with Digital Journal about “I’m the One,” her writing process for the record, UK Tour, and future plans.

“By trade, I’m a singer, songwriter, recording artist, producer, and performer,” she said. “I am also a renowned and versatile voice actor, a fairly widely published poet, and I’ve worked as a fiction editor, poetry editor for a literary journal, a freelance writer for various magazines, a photographer’s model, and fashion stylist. I’ve been singing since before I could talk, writing songs since I was 13, and music has carried me through all the happiest and the toughest times of my life.””My parents named me Carrington, that’s not a stage name,” she said. “I’m of Scottish extraction, along with English, French and a little Dutch. I broke away from a high-powered academic background and followed my heart deeper into music until I was up to my neck”.”I am curious to the point of fascination with the workings of the world, particularly quantum physics, neuroscience, electrochemistry, the generation of sound, the Austrian school of economics and how it relates to cryptocurrency, all languages, their roots and sound forms, that kind of thing. I fall in love several times a day, with songs, trees, light on water, starry skies, beautiful-souled women, gallant men, and so forth. I adore musicians in general and usually wind up falling in love with my entire band,” she elaborated.Regarding her UK tour, she said, “The ‘In the Sun’ tour was an adventure from start to finish. I was gigging all over England and Scotland and swerved into Wales for a festival at the last. I had the good fortune to play in electric duos with three guitarists, all top drawer and all really different from each other. This meant the songs got a wide range of treatment, and also that I spent a lot of time rehearsing. I picked up a sweet little rhythm section in Scotland who joined us for some shows and helped us rock it, especially at the Belladrum festival in the Scottish Highlands. “She continued, “Throughout the entire tour I went on trust that people and things would appear when I needed them to, despite the unreliability of any situation in any given moment, despite endless hassles, slip-ups, screw-ups, in fact, conundrums, miscommunications, misinformation, traffic from hell, especially roundabouts, terrible sound systems, unkind weather, unforeseen expenses, injuries, mishaps, difficult personalities, mustn’t leave out heartache, and merciless sleeping conditions.””And sure enough, people and things appeared when I needed them to, from Moment One it was an ongoing super fun discovery, sparked by inspiration, studded with unforgettable performances, relieved by helpless laughter, and the music carried us all. Music is one of the purer forms of energy that we can engage in directly and consciously, as players or listeners; it can bring us into the moment that it evokes, as deep as we want to go. It was a great tour,” she said.On her song “I’m the One,” she said, “It offers a form of fragmented autobiography in images in the verses, and makes a claim of self-realization in the chorus. I’ve always stayed true to my vision and my authentic self, I won’t be swayed out of shape by other people’s opinions, and I can’t be bought. So I’ve had a wacky life, moments of which are touched on by those images. It’s a paean to an authentic life, with a rousing chorus.”

When asked about the writing process of the record, she said, “This song came together really fast, the main parts of it within half an hour. I usually complete a song over a much longer span of time than that, but this one burst out and announced itself, while I stood aside, strumming cooperatively on my electric ukulele.”

On her future plans, she said, “I am currently at work on a new album, and music videos to accompany it. Packaging and branding and graphics are a fun part of this process, and all that lies ahead. I plan to continue touring in Europe, as well as in the United States when the new record is out.”

“Meanwhile, I’m always at some stage of development in the composition of various songs, never knowing exactly where they’re going to go. I’ve just embarked on a new regimen for voice training, and I’ve often found that how I exercise my voice influences my songwriting, so I expect some different results going forward,” she said.

Regarding her next single, she said, “Next out will be a Christmas cover. Stay tuned for a slightly demented, rockin’ version of ‘Blue Christmas.’ You haven’t heard it like this before.”

On the change of the industry, since she first started her career, she said, “The business has changed so much, and continues to morph so every day, that it’s impossible not to look at it differently. It’s much more of a free-for-all than it used to be, with many ways to skin a cat, which I think is great, because the older I get, the freer I want to be.”

change of the industry, since she first started her career, she said, “The business has changed so much, and continues to morph so every day, that it’s impossible not to look at it differently. It’s much more of a free-for-all than it used to be, with many ways to skin a cat, which I think is great, because the older I get, the freer I want to be.”

“It’s a long game, and I see it with far greater detachment and patience than I did when I was younger and inexperienced. I’ve always known there was a lot of madness and scamming in this business, partly because there are so many wannabes — not so much among the artists but among all the other branches of the industry — and of course I’m way more canny about that kind of person and situation than I was when I was starting out,” she explained.

She continued, “At the same time, I’m more self-aware so I have far greater confidence, and I care far less about what people think of me. I’m encouraged by how wide-ranging the styles of music that are active and thriving today, even in small corners. There’s an audience for just about anything, people to connect within a pretty direct way. Like every other business and more than most, music has been tremendously impacted by social media. I just surf the ongoing changes and appreciate everything I can about this crazy industry.”

For her fans, she concluded, “I love to perform, when I sing to you and you take it in by grooving and dancing and singing along or just listening, it completes a circuit for everyone involved and this is a way of recharging our battery. From my heart of gold, what I want most is for you to be yourself and love doing it. Come find me at my website, and branch out from there. Reach out, and I’ll reach back.