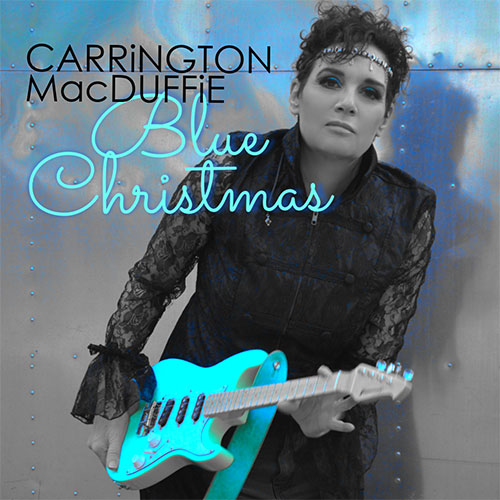 Singer-songwriter Carrington MacDuffie released her punk rock-infused rendition of the classic holiday hit, “Blue Christmas” on Friday. In the press release, McDuffie said, “Christmas is actually a tougher time for many people than the classic holiday hits infer. I thought there was room for some sentiment opposite to the norm, while still being driving and upbeat and offering a rowdy toast to the shortest and darkest days of the year. ”

Today, she releases her concept video expressing her take on the vintage holiday tune, portraying her unique approach to music and art, thus breathing new creative expression into a nostalgic recorded work.

McDuffie put her own personal spin on the song bringing a more “upbeat and aggressive” sound from its original recording. As MacDuffie explains it herself, “I wanted to do a version of this holiday classic where the singer is not feeling forlorn about the fact her lover won’t be with her for Christmas, but rather is heartily displeased, in fact, is feeling a little bratty and demented about it.”